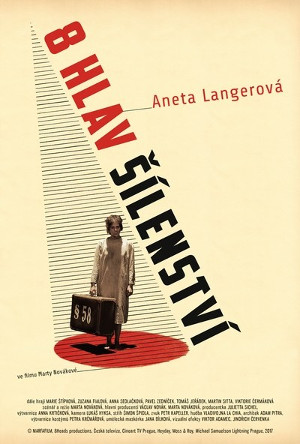 About Art – About Love – About Memory

Soviet Russia, 1921. The young poet Anna Barkova is to embark on a starry carrier, her first collection has just been published and she is believed to become the greatest Russian poet, overshadowing event the great Pushkin. A few years later, however, Anna sits in a crowded cattle truck heading for the barren steppes of Kazakhstan. This will not be her only journey and only camp. The poet Anna Barkova (1906-1976) spent 22 years of her life in Gulags. She survived thanks to her poems, thanks to hope and passionate love for a woman named Valentina. 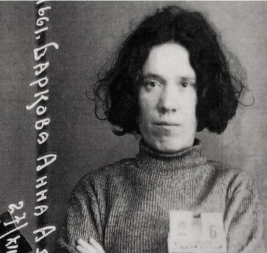 Anna Alexandrovna Barkova (16 July 1901 – 29 April 1976) was born in Ivanovo – Voznesensk, Russia. Her father worked as a watchman at the gymnasium (grammar school). Barkova was later to attend the same school herself. She began publishing in local papers in 1918, and soon was able to place her work with major literary journals. In 1922, the first and, as it turned out, only collection of her poetry was published. Its title was Woman, and it had a preface by Anatoly Lunacharsky, People’s Commissar of Enlightenment.

After moving to Moscow, Barkova went on to publish work in Krasnaya nov, Novy mir, and many other major literary journals. From 1924 to 1929 she worked for the Communist Party daily Pravda. However, due to Barkova´s rebellious and rather difficult character her life changed very quickly and radically. In December 1934, she was sentenced to five years in the camps. In 1939 she was freed, but sent into exile. In 1947, she was arrested again and given a further sentence: this time ten years. She was sent to a camp in the Far North.

“8 Heads of Madness,this is an eternal struggle of the artist against the outside world but also against her own demons and desires. 8 Heads of Madness, this is a drama woven from the fragments of one dreary epoch, a cut through the desperate 20th century in a desperate country, seen through the sympathetic and sensitive eyes of a poet.“

When Barkova was released in 1956, she wanted to return to Moscow. However, she was neither granted a residence permit nor found a place to live. Finally, she agreed to go off with a friend of hers from the camps and find somewhere to live in the provinces. Even though this time Barkova was officially rehabilitated, she and her friend were shortly afterwards falsely accused of having “disseminated slander about the Soviet press and radio”. In 1957, Barkova and her friend received yet another ten-year sentence.

By 1965 Barkova was rehabilitated for this “crime”. As someone in poor health without relatives to care for her, she was placed in a home for the disabled in Mordovia. However, after the intervention of two well-placed writers, Konstantin Fedin and Alexander Tvardovsky, she was able to return to Moscow. She was allocated a room in a communal apartment in the center of the city and a small pension. Barkova offered her poems to several Moscow literary magazines, but no one would take them: they were “not life-affirming and lacked optimism”.

The woman who was once predicted to become “the greatest Russian poet” (in the words of Anatoly Lunacharsky) died alone in April 1976 with a single collection of her poetry published.