The story of one young woman's struggle for survival after being deported to Siberia and her ability to grow and mature through this ordeal. It is a story about love, humanity and the miracle of life.

The beginning of the film is set in June of 1941. It is the second year of Soviet occupation and Riga is full of rumors about repressions, people disappearing etc. Wives tend to follow their husbands surreptitiously on the street, so as to know in case something happens to them. The well-to-do Vanags family has been spared so far and they try to conduct their lives as normally as they can under the circumstances – visiting the opera, for instance, and going about their everyday business. The head of the family, Alexander Vanags, even turns down the opportunity, secured by his father, to emigrate to Germany – mostly because of his wife, Melanie's objections: her grandfather was condemned to death by his German landlord. Later, when Alexander is dismissed from his job as editor-in-chief of a newspaper and Melanie is willing to emigrate, their chance has passed – the borders are sealed and emigration is no longer possible. The Vanags family plans to depart for the relative safety of the country. But before they make their move, the night to June 14th happens – that is the date when about 15 thousand residents of Latvia (mostly ethnic Latvians, but also Jews, Russians and other minorities, including the elderly and children) were arrested in the middle of the night and deported to camps or permanent exile to Siberia. This time, the Vanags family is not an exception: four men burst into their apartment in the middle of the night, conduct a rough search, during which they manage to steal some valuables, and arrest Alexander, Melanie and even their 8-year-old boy Andrei, sparing only Melanie's brother and her mother who, for some reason, have not been entered in the all-powerful "list".

Family Vanags are taken to the train station, ostensibly to depart for Ogre, a town some thirty kilometers from Riga. It soon becomes apparent that this has been a lie: many lorries arrive at the station unloading their confused occupants, men are separated from the women and children and herded away – supposedly for granting privacy for both sexes and on the promise that when the final destination is reached, families will be reunited. The train consists of a long string of cattle cars with just tiny barred windows and no basic amenities. After all the people – some loaded down with luggage, but most lightly dressed and carrying hardly any belongings -- have been loaded onto the train, the doors are locked from the outside. It takes a couple of days, however, for the train to finally begin moving. The fate of the husbands and fathers who were taken away remains unknown not only throughout the journey but for years thereafter.

In the car where Melanie and Andrei end up, there are women of different ages – from teenagers to the elderly – there are also several small children, the youngest of whom was born only two weeks ago. Most of them, including Melanie, come from prosperous backgrounds and are not prepared for the extreme hardship that is in store for them. Those whose life has not been so easy seem to cope somewhat better. They all face cramped quarters, no privacy, hunger and thirst, disease and above all, not knowing what kind of fate awaits them at the end of the line. Expecting that everyone will be shot dead, one mother, crazed with fear and stress, cannot bear it all any longer and, during one dark night, kills her three small children and tries to commit suicide, yet, tragically survives long enough to realize the immensity of her act. She is left to die by the edge of the forest while her children are buried in makeshift graves by the side of the tracks.

The train moves on.

When the journey finally comes to an end, the women and children find themselves in the middle of a forested, swampy nowhere. The promised reuniting with the men does not happen. Instead, they are herded into a temporary camp, which is nothing more than a muddy field, everyone is registered and asked to sign a paper stating that they have chosen voluntarily to stay in Siberia for twenty years. While Melanie at first refuses to sign the fictitious document and so do other women, when told that they will have to remain in the makeshift, open-air camp forever, unless they comply, she decides to take her chances and signs.

Their signatures release the women to their permanent settlement, which is a kolkhoz somewhere in the middle of the Siberian taiga. Everyone must work – no matter how old or infirm, including Melanie who contracted dysentery on the train. They are treated like indentured servants by the local team leader Ampalov, a real slave driver, who nevertheless is willing to help those willing to succumb to his demand for sexual favors. From the first, he takes a shining to Melanie, yet fails to entice her with either meat or a pair of boots, despite of the constant hunger she shares with the other deported and lack of appropriate clothes or footwear. Over the course of their daily dealings with each other, Ampalov seems to develop a kind of grudging respect for Melanie and her resolve not to lose her pride and personal integrity in the face of death from starvation, hard work or disease. Eventually, he even saves her life when she unwittingly is about to bite into a hemlock tuber – no one, however, has been there to save some other Latvian women who also have found hemlock.

On the very first day, Ampalov assigns Melanie, weakened from dysentery as one of those who will drive cattle, walking on foot, to a station 100 km distant. She barely survives. She has to keep alive not only herself, but also Andrei, who, just like his mother, is sometimes reduced to stealing whatever remains on the harvested kolkhoz fields or fighting hungry village children for a stray chicken. What helps them throughout their ordeal, is their caring for each other and their hope for reuniting with Alexander. Andrei keeps talking about his father and Melanie keeps writing Alexander hundreds of letters that are never sent, since his address remains unknown. Melanie also draws spiritual strength from her ability to appreciate the beauty of the harsh yet magnificent Siberian nature and from the walks she takes alone or with Andrei in the taiga. As she grows and solidifies as a person, she is becoming one that others can lean on and rely on in moments of need.

In one of the climactic scenes of the film, Melanie and another deported Latvian woman, who are on a wintry cattle drive through a snowstorm, look on helplessly as the driver of their sled beat the horse to death. After delivering the cattle and being forced to return for the horse (after all, it is protein!), they inadvertently witness an even more horrific scene as, in the dead of night, soldiers are burying loads of naked corpses of men who apparently have not been able to survive their imprisonment. One of the men looks like Alexander, but Melanie is convinced it could not be him. Later, at the kolkhoz office, where Melanie goes to find out if there is a reply from Moscow to her inquiry about the whereabouts of her husband, Ampalov informs her that he has been sent to a maximum security camp with no right of correspondence.

The war ends in 1945, but the only big change it brings to the life of the Latvian deportees is that their children can return home as per arrangements made by the Red Cross. The local authorities do not look kindly upon this arrangement, so the mothers have to walk a great distance to the train station to put their children safely on the train. Melanie now has to bear the forced exile all alone. As a measure of independence, however, she manages to change her living arrangements, moving from the barracks she has shared with other deportees to a dugout, which she cleans out with the help of other women to make livable. As former concentration camp inmates arrive for "free settlement", her new home serves as shelter to many a Latvian, every one of whom tells Melanie his or her life story and shares the horrendous experiences in the forced labor camps from which they have been recently freed. Eventually Melanie writes them down, becoming their chronicler. The first of Melanie's "houseguests", however, is a former university teacher, a German from the Volga region by the name of Jakob. He is sick with tuberculosis and, after being taken to the local hospital, dies, but the brief period of a few months he spends with Melanie helps both of them to ease the drudgery of harsh everyday life somewhat. Their relationship entirely platonic, they nevertheless share basic human warmth and care for each other.

Melanie is sick herself: she has tumors and has to be operated on, but it takes a long time for the local authorities to finally relent and let her go to the city of Krasnoyarsk where the surgery can take place. The hospital with its caring staff, most of whom are also former camp inmates or deportees who have "voluntarily settled" in Siberia, is a great contrast to the severe conditions in the taiga kolkhoz. The operation is successful and after a period of convalescence, Melanie returns to her dugout.

Then the day comes when Ampalov announces that Soviet authorities have released Melanie and Vilma, another deportee, who in the meantime has become his lover: they are free to return to Latvia. While Vilma decides to stay with Ampalov, Melanie sets out on her journey home. Riga, her native city, has changed over the years Melanie was away and so has she. The returning deportees are not exactly welcome in the city where people's lives are ruled by fear of the Soviet authorities and the power they possess to decide anyone's fate. Melanie has nowhere to go, so somehow she ends up at the opera house, that place of music and beauty, which she has often visited with Alexander. She buys a ticket and is about to enter but is stopped by an usher who announces that no one in felt boots can be admitted to the opera, that august temple of the arts. If Melanie insists on entering, she must see the director and secure a written permission from him. The director turns out to be the chekist who arrested the Vanags family on the fateful night of June 14, 1941. She learns from him that Alexander died in the camps in 1945. Her love for Alexander and the hope of seeing him alive, which pulled her through the worst moments in Siberia, is now dashed forever, yet it has allowed her to survive. 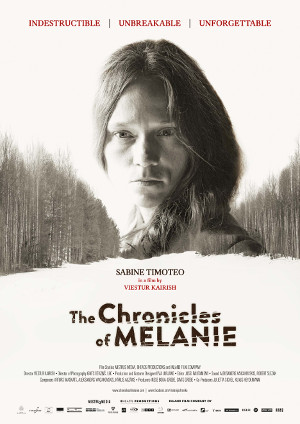