City on the River

As inhumane as history might be, a human can always remain humane.

The City on the River is a tragicomedy about the ultimate triumph of human virtues in the face of systematic, institutional inhumanity. It tells the story through eyes of a somewhat naive, yet inherently wise soul - a lowly sign-painter/artist. The sweeping backdrop of the complex history of serial totalitarian occupation puts the story in a global - and extremely relevant – context.

The protagonist of the film, Ansis, has an innocent occupation – he is a sign-painter, just like Adolf Hitler once was. His craft is in demand with all the rules – the authoritarian regime of pre-war Latvia, the communists, and the Nazis. Yet neither of them can take away his soul. Ansis is compelled to cooperate; he paints the signs of the city in line with the green colour of the authoritarian regime, then he has to repaint everything in red for communists and paint over again to please Nazis. Painting over the street name plates develops in a real grotesque – Brīvības iela, the Freedom Street, turns into Unity Street, then changes its name to Stalin Street and finally becomes Adolf Hitler Street. This absurd change of names grows into a catastrophe when Ansis has to paint the text for a notice going under the city name plate: Diese Stadt ist Judenfrei – this City is Free of Jews.

Ansis loves a Jewish girl Zisla but religious and social prejudices put obstacles in the path of their love. Then Naiga, a Latvian, appears and assumes initiative in feelings until, following a chain of misunderstandings, Ansis out of a sudden becomes her boyfriend and, later on, the husband.

Historical events turn the perspective of relationships upside-down as Zisla, the daughter of a rich merchant, turns into the class enemy – a communist. Ansis’ relationship with both the young women becomes explosive when Zisla as a communist who has participated at repressions against Naiga’s father falls victim to Nazis’ persecutions. Now Ansis not only has to choose between his two lovers but literally decide who lives and who dies.

With his seemingly naïve decisions Ansis experiences a real mental and existential trip, transforming from a clumsy youngster into an early matured man, whose decisions always show a string of humanism coded deeply in the human psyche. There is never pathos and heroism in his behaviour, it is modest and unobtrusive. Heroic is also the result of his behaviour – he survives as human in impossible circumstances.

The film is intended to cover a deeply painful and important period in the history of Eastern Europe. It will tell about the countless changes of power in a short period of time, characteristic to the recent European history. About mechanism of relationships trying to interpret these historical tragedies. About love and losses. 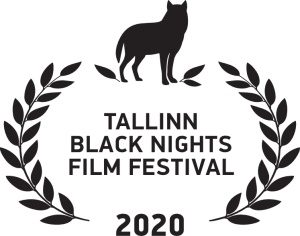