The shocking undocumented story of Lidice and Theresienstadt &ndash; two small places that stand out as terrible symbols of the tragedy of war.

Feature-length documentary with animations tells a chilling story of how 30 prisoners of the Nazis held at Terezin (then Czechoslovakia) were forced to dig a common grave for all male victims of the tragic massacre of the entire village of Lidice in 1942.

On the very day of the Lidice apocalypse, on June 10th 1942 in the afternoon, thirty Jewish prisoners from the Terezin ghetto were selected and transported to the plundered and burnt-down village, to dig there, with extreme strain at the edge of their strength, a common mass grave for the males of Lidice who were shot dead. This superhuman performance, during which the bony and undernourished prisoners had to dig continuously for 36 hours a pit sized 12 x 9 x 3 m, and then bury all the 173 male victims, should have remained secret forever. The physically and psychically exhausted prisoners thought that after digging the grave they would end together with the shot men in the same pit, and no one would hear about them anymore. Much to their own, as well as to their fellow prisoners’ astonishment, they were transported back to Terezin from where they were shortly afterwards deported further away, to the East. Only eight of them survived the Auschwitz extermination camp. Nevertheless, they were not able to speak about the experience they had on that tragic day in Lidice. For most of them it was a traumatic event until the very end of their life. Psychical shock was worse for them than physical torture. After all, the youngest of them was only eighteen at the time of the tragedy of Lidice.

Only many years later four of the “Terezin gravediggers” left a written testimony where their authentic evidence is recorded. Besides this, there is also a recorded testimony of the youngest gravedigger, Viktor Laš, who gave very emotional evidence to Spielberg’s Foundation at the end of his life. A journalist and writer František R. Kraus also dealt with this theme in his short story entitled Dvořák’s Requiem which became the main inspiration for our film.

We want to intensify the impression of this very strong and forceful story also by processing it. The testimonies of witnesses will be illustrated not only by archive footage, we will also use re-enacted scenes that will help the viewers understand and feel the drama that happened at the place of Lidice tragedy. Animated sequences will act as a unifying element that will “penetrate“ into interviews with actual witnesses as well as into re-enacted scenes. The cross-genre realization will help us to use all possibilities which the film language offers, and connect them into one impressive whole. By means of this film we would like to address the general public, but especially the youth which has fortunately not experienced anything like the depicted tragedy and unfortunately often shows such tendencies as inclination to hateful racial manifestations and fondness of false ideas about ethnic cleansings. We think that considering the growing indifference, arrogance and spreading of neo-Nazi ideas in the society a film with such a topic told in an accessible way that cross-genre method offers, has its sense. 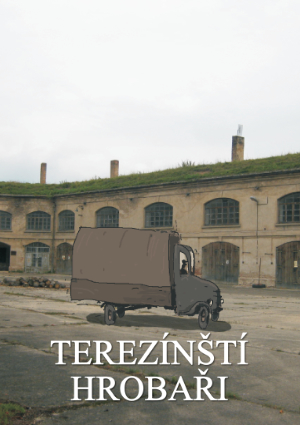