8 Heads of Madness To Be Released in Czech Cinemas This Autumn!

The author, Marta Nováková, took long 8 years to finish this very demanding project which stars famous Czech singer Aneta Langerová in her first film role. At the age of 17, Aneta won the Czech SuperStar TV competition and soon became one of the most popular Czech singers. However, she did not yield to the pressures of show business, but went her own way. She has developed from a mere singer to a songwriter; her CDs regularly win music awards. Marta Nováková said about working with Aneta: “At first glance Anna performed by Aneta Langerová is not a very nice person, being silent and seemingly arrogant. But soon we discover how rich her inner world is! On the one hand, still a child (with her stubbornness, obstinacy, lack of tact, directness, spontaneity); on the other hand, an extremely intelligent and wise creature with a sharp judgment.“

Watch the new trailer, admire the film’s new web site and poster and join us on Facebook!  https://www.facebook.com/8hlavsilenstvi 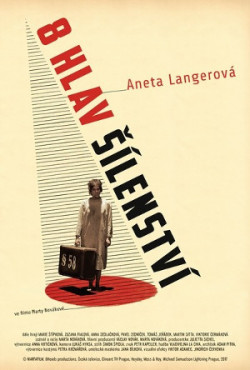