On Saturday, January the 27th, 2018, the film produced by our company, 8Heads of Madness, won the Czech Film Critics' Award for Best Artistic Achievement. The Award went to Anna Krtičková and Marta Nováková.

Czech Film Critics' Awards are annual awards organised by Association of Czech Film Critics that recognize accomplishments in filmmaking and television. The awards were established in 2010 as alternative to Czech Lion Awards given by Czech Film and TV Academy.

The film 8 Heads of Madness tells a story of a young Russian poetess, Anna Barkova who, in 1921 in Soviet Russia, is to embark on a starry carrier. Her first collection has just been published and she is believed to become the greatest Russian poet, overshadowing event the great Pushkin. A few years later, however, Anna sits in a crowded cattle truck heading for the barren steppes of Kazakhstan. This will not be her only journey and only camp. The poet Anna Barkova (1906-1976) spent 22 years of her life in Gulags. Besides the strong story of one life the film brings breathtaking vistas of snowy plains behind the polar circle, playful animated inserts, pseudo-documentary footage and, thank to the original storytelling, a number of surprises.

8 Heads of Madness was a starting project of 8Heads Productions, which however, in the end took 7 years to be completed. The film entered Czech cinemas in autumn 2017. Apart from recognition from the Association of Czech Film Critics, the film is also nominated for Czech Lion Award for Best Music. 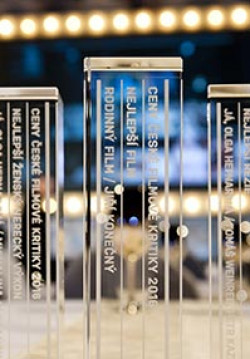