8Heads Productions Presented Its Projects at the SPIMF Co-production Market

A brand new event, St. Petersburg International Media Forum, which was introduced this year during the Cannes Film Festival, includes a Co-production Market, which hopes to become an important hub of cultural dialogue and networking for international film industry. 8Heads Productions, represented by Julietta Sichel, was happy to be invited to St. Petersburg to present its work there.

SPIMF Co-production Market, organized by ROSKINO and NORTHERN SEAS FILM FORUM, is an important part of the St. Petersburg International Media Forum. It took place on October 6-8, 2014 at the Old Saint Petersburg Stock Exchange, the Spit of Vasilyevsky Island.

The SPIMF is described as a cross-platform cultural initiative aimed at promoting a synergy of professionals and the general public while creating a communal meeting place for representatives of the film and TV industries and also leading new media start-ups. An international content market for media business representatives and film and TV screenings for the general public took place under the umbrella of the Forum.

Co-production Market, according to its organizers, wants to be a hub of cultural dialogue and networking for producers, distributors, representatives of state and private funds, investors and sponsors, working in the sphere of co-production in film industry. The main event of the co-production market was presentation of co-production projects, focused on territories of Northern seas (countries of northern Europe, European north of Russia, northern territories of the Netherlands, Germany, Belgium, France and Poland). Also Co-production Market included round tables, workshops and presentations on production, financing and distribution of films 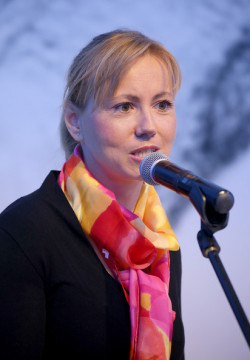