The Czech Film Fund published the results of the minority coproductions call on October 10th, 2018 and it is with great pleasure that we can announce the support of our Polish/Czech youth fantasy feature Black Mill by Mariusz Palej.

Black Mill, a coproduction of Polish company TFP and Prague-based 8Heads Productions, is an adaptation of a bestselling book by one of the most popular Polish writers for teenagers, Mariusz Szczygielski. See more on the film here.

The director says on the film: "Black Mill is a story of tolerance and integration in the context of people with disabilities. But it is also a story about adolescence. The main character, a twelve-year-old named Iwo is conflicted with his mother. It is difficult for him to understand and accept that the woman is busy taking care of his disabled sister Mela and work. The conflict is exacerbated when Iwo is forced to take care of Mela. He is rejected by his peers and start experiencing first-hand what it feels like to be rejected. He gradually builds a relationship with his sister, forms an alliance with her. He appreciates his sister, but also his mother’s sacrifice and dedication to her and finally puts into effect the legacy of his tragically deceased father. "Take care of each other" are Iwo’s father's words, words which his mother continues to implement in her daily struggle, words which Iwo forges into action and which every child can learn from in this story. Take care of each other – build a family, a community, honor and help each other. Be together. During the course of the story – Iwo transforms – from being a boy focused only on himself – he becomes a young man who is empathic, responsible and ready to care and sacrifice for others. Meanwhile, the parents and guardians get a chance to remind themselves about their role. How much their children need them. How the attitude and presence of adults affects their children’s sense of security."

The production of the film starts in January 2019. 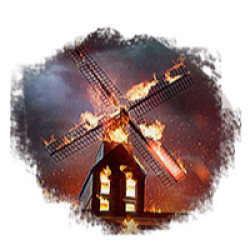