The Czech State Cinema Fund ranked our Latvian/Czech/Finnish coproduction, Chronicles of Melanie by Viestur Kairish, No.1 among the 17 submitted minority coproduction projects. The Fund gave the project very significant support, which enables us to complete this remarkable film in the highest quality in top post pro studios in the Czech Republic.

Our journey with the story of one young woman's struggle for survival after being deported to Siberia upon the outbreak of the World War II and her ability to grow and mature through this ordeal, began in November 2014, when the Latvian producer, Inese Boka-Grube, addressed us. Chronicles were already in the middle of shooting and Latvian and Finnish coproducers were looking for third partner to complete the film. 8Heads Productions immediately took interest in this artistically as well as politically appealing film and jumped on board.

We are thrilled that our hard work received such positive response from the key partner on the Czech side, the Czech State Cinema Fund, and look forward to completing the film for a premiere in the first half of next year!

Exact wording of the Fund's decision:

The call 2015-2-4-13 Minority Coproduction – full-length feature, cartoon and documentaries (with Czech financial participation less than 50% of total production costs) was answered by 17 projects: one cartoon, five documentaries and eleven feature films. Only a single project was supported in development (The Fifth Ship). The overall requested sum exceeded CZK 61 million while the Board had at its disposal just CZK 12.5 million.

The Board said that most of the projects were of high quality, were well developed and financed.

In its decision the Board took into account the art quality of projects, the international intelligibility, distribution potential and the condition of financing. Also it focused on the contribution of projects for the Czech cinema, namely as far as the participation of Czech actors or locations were concerned. Another major factor in decision-taking were the countries with which the co-production was realised and their coproduction potential. Given the rather low financial allotment in the present call the Board was not in the position to prefer any of the above factor but considered each and every project individually in regard to all parameters. In the final decision, preference was given to projects that are most ready for production and the financing of which will be, with the contribution of the Fund, quite complete. The Board decided not to support projects in which the support of the Fund would be the first secured source of financing.

The Board eventually supported a varied spectrum of films, from the best-developed Latvian-Finnish-Czech feature film of Viestur Kairish, Chronicles of Melanie, the Iranian film Common Man by Majid Barzegar, the documentary of Vitaly Mansky In the Rays of the Sun and the Slovenian-Croatian feature film The Constitution of the Croatian Republic. The supported projects included the „natural coproductions“, i.e. Czech-Slovakian projects such as The Fifth Ship, The President and I and OKHWAN. Impossible is possible. The biography film The Dancer and Austrian-Czech project Home is Here were supported too.

The film is a Latvian-Finnish-Czech coproduction, with Czech coproducer being responsible for audio and visual post-production which is of necessary importance for the successful completion of the film. The Latvian director and screenwriter Viestur Kairish works on the basis of a biographical novel and opens up the marginalised theme of Latvian, or European history, i.e. the effort to dominate a nation, to break the human spirit, its identity and culture, by the Russian agressor.

The story of a Latvian woman carted off to Siberia is an impressive film image with a strong festival potential and, given the well-though distribution strategy, it will win its spectators. The film is an example of a well-developed coproduction, including the support from Eurimages and is a major step in launching the new chapter of Czech-Latvian coproduction history.

The Board thinks that it is a major project the impact of which goes beyond the film partnership.

The inquiry dealt with the questions raised by the economic expert and it can be said to be in general agreement with both experts. 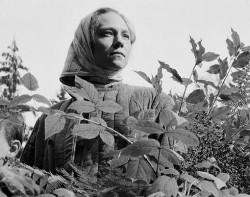