Our long-anticipated short film Ice Crack went into production today, on February 7th, 2022! The film brings on screen a story of a teenager Alex, the only girl in a boys' ice hockey club. A story of fight for identity. Rebellion. Love. Daughter-father relationship.

Ice Crack by writer-director Elvira Dulskaia, stars young talented Czech actress Michaela Rajdlíková. The director says on the choice of the lead actress: “I had a very precise idea about what Alex should be like and what she should look like, and of course the choice of our lead was crucial for the whole movie. Our heroine was not supposed to correspond with classical girl beauty standards, yet she had to be notable and interesting, so that the viewer would want to follow her story. It actually turned out to be a very unique thing and finding such actress was quite demanding. Michaela charmed me with being very natural and also with the way how she understood our main character.”

The film will be shot in Brno, mainly at the ice hockey arena VSK Technika Hokej Brno, and also in Prague. The project was developed within the Midpoint Shorts Program and was supported by the Czech Film Fund, South Moravian Film Fund, FILMTALENT ZLÍN Fund and Czech Producers' Association APA.

Ice Crack is a co-production of 8Heads Productions and Prague Film Academy, FAMU. 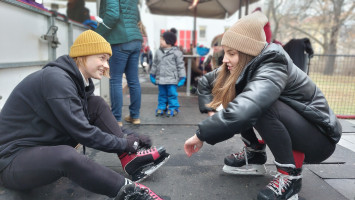 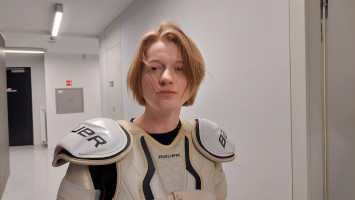