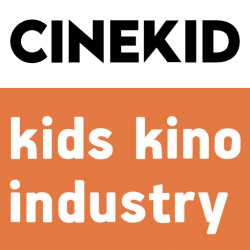 The aim of the programme is to stimulate the production of top-quality content for young audience and to support co-productions. The programme for 25 selected European producers starts in September 2021 and includes two residencies, the first one at Kids Kino Industry, Warsaw, Poland, the second one at Cinekid Professionals, Amsterdam, the Netherlands.

Julietta Sichel was selected as one of the two Czech producers that will join this new programme. The latest titles produced by Julietta Sichel are feature films for teenage audience: Smečka/The Pack, 2020 (co-production of Czech Republic, Latvia and Slovakia) and recently completed Zoufalky/Lame-Os, 2021 (co-production of Latvia and Czech Republic – the film has a Czech as well as a Latvian audio version) that will premiere in September at the upcoming Zlín Film Festival. Sichel is currently in pre-production with another film for teenagers – this time a short film Ledová trhlina/Ice Crack, supported for production by the Czech Film Fund and South Moravian Film Fund, in co-production with FAMU, and in development with several feature films for children, including Alice a Černá královna/Alice and the Black Queen (working title), recently supported for development by the Czech Film Fund.