Ministry of Love Became a Victim of Censorship

The scandal is growing bigger and bigger among the Croatian media: Croatian-Czech Eurimages supported coproduction Ministry of Love by Pavo Marinković, which was shown at more than 30 international film festivals worldwide, was removed from the program of Croatian main broadcaster, HRT.

The film produced by Croatian Telefilm and Czech 8Heads Productions – and co-produced by HRT (!) - was supposed to be broadcast on HRT on Thursday, 4th of January at 9 pm, but due to a protest of the war veterans’ association, the movie was simply not shown, or as HRT announced, it was “postponed”. The Croatian Association of Film Producers and the Society of Croatian Film Directors sent a letter to the Croatian Radio Television (HRT) concerning the delay of the broadcast. They reminded that the script for the film was selected at the HRT competition and the HRT’s editorial board was informed about all the phases of the film. The film was supported by Croatian Audiovisual Centre (HAVC), Eurimages, Czech State Cinema Fund, was also presented in Croatian and Czech cinemas in regular distribution. This all makes the steps HRT took even more strange. It is also written in the letter, that the industry associations hoped that HRT would never again accept any kind of pressure on the national television programming or Croatian culture.

The film is a comedy fiction where the main character is a state inspector, who investigates the widows of fallen soldiers that continue to receive pensions from their late husbands, while at the same time they live in extramarital unions with other men. Writer and director of the film, Pavo Marinković, comments on the situation: "I heard the story of how HRT did not broadcast the film because they had to check whether it followed the legal regulations whose provisions relate to the Croatian Radio Broadcasting. The film is ultimately made with the support of this same HRT. I really do not understand what really happened. For me, it's all absurd". He also commented on the cause of the veterans’ protest, “of course I did not think of mocking the suffering of a widow, and I do not know who could think it”. Daniel Rafaelic from HAVC commented: “It seems to me that this is about classical depravity, politicization and ground-breaking dissatisfaction with one of the best Croatian films in the last ten years. This is really a terrible case”. Rozalia Bartolic, the president of the veterans’ association, which made the protest, declined to give comments about the case.

In the end, HRT barely gave an explanation about the incident of last week, but they announced the film will be shown on 11th of January at 9 pm on HRT2 channel. 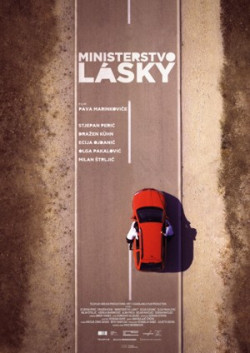