My Father the Spy in Official Selection of Sheffield Doc/Fest

Sheffield Doc/Fest is a world leading festival celebrating the art and business of documentary and non-fiction storytelling across all forms. Each year the festival welcomes over 25,000 festival goers, including around 3,500 industry delegates from 55 countries.

"I love spy stories and I always wanted to make one. So I was happy to be introduced to the story of Ieva Lešinska, the daughter of a real double agent. I was fascinated by the opportunity to enter this intriguing life story which hides a deep and human drama of one family. At the same time, it’s a story of a girl in the middle of spy games between two great powers, who is a bystander, principal character and also a victim, all in the same person."

My Father the Spy is sold by Canadian company Syndicado Film Sales. 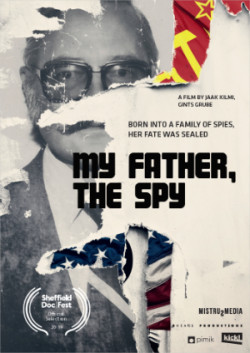