The Pack to Premiere at Zlín IFF

The 60th Zlín International Film Festival (4th-10th September, 2020), to be held this year exceptionally in early autumn, has announced its program, including the presentation of The Pack in the main competition.

Like many other production companies, we had to completely re-schedule all our plans connected with premieres and also festival presentations. One of the planned screenings of The Pack was supposed to take place in May, in the competition program of one of oldest, biggest and most important film festivals for children and youth, Zlín International Film Festival that is this year celebrating its 60th anniversary. It is now with great pleasure that we, together with the organisers of the Festival, can announce the new date of the premiere screening of The Pack, September 5th, 2020. We will be coming to Zlín, where the film was also shot, almost exactly one year after our last shooting day.

"The Pack is a film about teenagers for teenagers. As such, it fits exactly into the composition of films that the Zlín Festival has been offering to its audiences for sixty years. We are glad that the Czech Republic will have its own candidate in the international competition, which, especially in recent years, has not been common. We are all the more pleased that a story set in Zlín, moreover about hockey in Zlín, will have its premiere right in front of a Zlín audience. We believe that its screening at the Zlín Film Festival will also be a successful start for the film's participation in foreign festivals," says Festival Artistic Director, Markéta Pášmová. 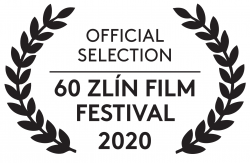