NYT Describes the film as “a dark, real-life history with bracing irony and fairy-tale whimsy“.

The plot of The Sign Painter revolves around a love triangle formed by the main character, the sign painter Ansis, his first love, Jewish girl Zisele, and purposeful Latvian Naiga. Zisele is brilliantly played by Czech actress Brigita Cmuntová, who was awarded The Big Christopher, i.e. Lielais Kristaps, the highest award in Latvian cinema. The Big Christopher for the Best Sound went to the Czechs Ludvík K. Bohadlo and Robert Slezák for the same movie. The Sign Painter is a Latvian-Czech-Lithuanian co-production supported by the Czech Film Fund.

The film opened domestically on January 11th, 2020. Until the country’s mid-March lockdown it collected 66,000 admissions making it this year’s box office number one in Latvia. Due to the pandemic, the film was waiting for its release in other countries, including the Czech Republic for quite a long time, and finally opened in Czech cinemas on April 7th 2022.
The Sign Painter was presented in the Official Selection Competition of the Tallinn Black Nights Film Festival (PÖFF) and at many other festivals including those in the US where the film is distributed by Menemsha Films.

We are very happy about the recognition from The New York Times and congratulate all authors! 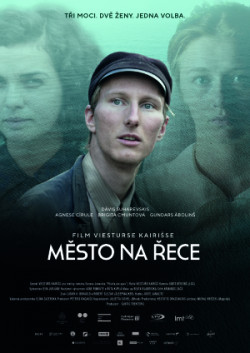