Our teen drama The Pack, a Czech-Slovak-Latvian coproduction directed by Tomáš Polenský, and The Sign Painter (City on the River), Latvian-Czech-Lithuanian comedy-drama by Viestur Kairish, will both be fighting for awards at the upcoming Black Nights Film Festival, also known as PÖFF.

The Black Nights Film Festival is one of the most important and influential world film events and belongs to the so called “A list“ festivals. This year annual is planned as a hybrid event combining on-line, where the whole industry program was moved, with physical event, i.e. life screenings for “real audience“ in “real cinemas“. The Sign Painter will be presented in the Official Selection Competition of the festival, together with titles by such big names like István Szabó, Laila Pakalnina or Dalibor Matanić. The festival wrote on The Sign Painter: “Working in the genre of tragicomedy this time around, Director Viesturs Kairišs returns to the period he visited with his previous film Chronicles of Melanie that was screened in the Official Selection (then called the ‘Main Competition’) of Tallinn Black Nights in 2016 where it won the Best Cinematography award.“ The Pack will be screened in the Youth Competition of the festival section Just Film dedicated to films for Youth and Children.

The presentation of our films in Tallinn is, in these times, more important than ever before as cinemas in Czech Republic are closed again and culture life is practically dead. Distribution career of The Pack lasted only 4 days before the movie theatres were shut down – the government’s decision was announced on the premiere day of the film. The Sign Painter managed to have very quick and successful release in Latvia before the start of the pandemic, but the Czech release of the film was postponed till next year – if situation allows… 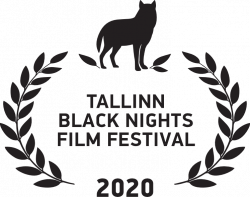