Owing to the recent war (1991-1995), Croatia is the only EU country with a considerable number of war widows. A new national family law abolishes distinctions between all forms of co-habitation, which means that many Croatian fighters’ widows who live with new partners can lose their rights to their late husbands’ pensions. The country is in recession, so the government tries to fill the public coffers in every possible way. And so a secret Ministry unit is established to investigate all widows who might be transgressing against the state.

Krešo, an unemployed 40-year old biologist, acquires a job as inspector in this unit with the help of his high-ranking father-in-law. Dormant Krešo is supported by successful wife Sandra. In a seemingly functioning marriage in which they have a ten-year-old son, Krešo suppresses his lost self-esteem and self-confidence. He regards his new job as humiliating, and at first sabotages it, despite the protests of Šikić, his assigned partner, who is highly motivated by the incentives the government offers for each widow brought to justice.

But, pressed from all sides, Krešo decides to conform and manages to win several widows’ trust by falsely posing as a past comrade-in-arms of their husbands. Inadvertently, the widows begin to admit their transgressions, and Krešo becomes an overnight success. However this does not help solve the crisis of his marriage. An additional problem arrives when Krešo falls in love with war-widow Dunia, to whom he lies about his true identity, and despite her circumstances, even signs her negative report.

On his last field trip, Krešo is obliged to bring his son along. Due to a series of mishaps, he is confronted by the tricked widows and their lovers, and is humiliated and denounced as a liar and impostor before his son’s very eyes. His employers are the only ones who are pleased. They offer him a promotion and a steady job with the police, which he declines in favor of his partner.

But with his new found self-esteem and a new environmental job that he had always longed for – there is a chance for Krešo to save what is most important to him – his own family. 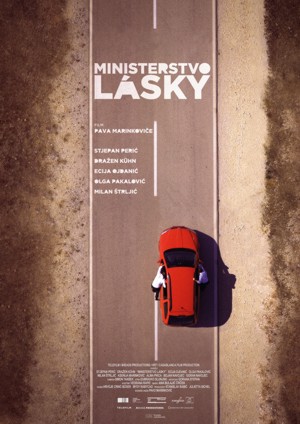