An adventurous political documentary by the Croatian director Pavo Marinković looking for an answer to the question how a film can influence human lives and change history. About politics, filmmaking, big comprises and a sad truth that talent alone is not enough.

It was 1978, and in Croatia, there appeared a film about the communist revolution which shocked everybody. The director of this documentary was 12 years old back then. It was a time when he became a bit more interested in smarter things like reading books and watching films. He grew up in an urban liberal environment in a family of intellectuals, i.e., Zagreb's middle class, which looked down on communists with loathing and aversion.

Revolutionaries aren't portrayed as idealistically at home as they are at school. The idea behind the director's upbringing was that history was relative and that it was written by the victors. He was aware that the Partizan films were a part of the propaganda. But one director made a different film. It supported the Yugoslav regime, but was done in a completely different way. The name of the director was Lordan Zafranović and the film in question was "An Occupation in 26 Pictures".

Zafranović has always been at the center of controversy and "An Occupation in 26 Pictures" is still his most controversial film. Brutal, highly aesthetic, poetic - but at the same time exceptionally in line with the ruling regime. It was the last Croatian film to be screened at the competition of the Cannes Film Festival.

Following the film's Croatian opening, a then young film critic writing for "Polet" magazine, Nenad Polimac, attacked the film and cut it down with a brutality similar to one of the Ustashes in the film when he swings the sledgehammer in the bus (the scene which was famous for its brutality). Many questions were raised. Was Zafranović merely a pale copy of the scandal-prone Bertolucci, Pasolini or Visconti, or an authentic master of the film form on equal terms with the greatest European filmmakers? At the time, and for many years, the director of this documentary believed it wasn't an aesthetic issue, but rather a political and ethical question about choosing sides.

Now, thirty years later, the former official version of qualifying someone's opus has become unofficial and irreconcilable. Zafranović becomes the only director beloved in the former regime, whom the new government completely shunned. All of the other state approved directors remained in good favor with the new authorities. Zafranović left Croatia and after many business and personal problems in Austria and France, settled down in the Czech Republic from where he wants to produce and shoot his first Croatian film in twenty years.

His life story is an unconventional depiction of a rise and fall that reveals compromises made in order to survive artistically during communism, as well as the missed opportunities and miscalculations that led to his inability to adapt in later years. Is the charismatic Zafranović a national traitor or a victim of historical circumstances in which the only thing he wanted to do, in his own words, was to be himself and make films? 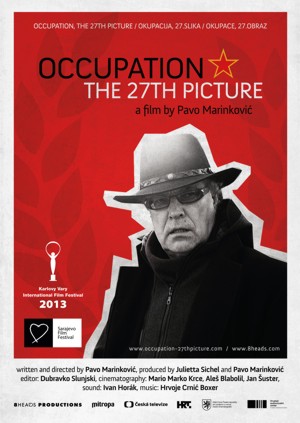